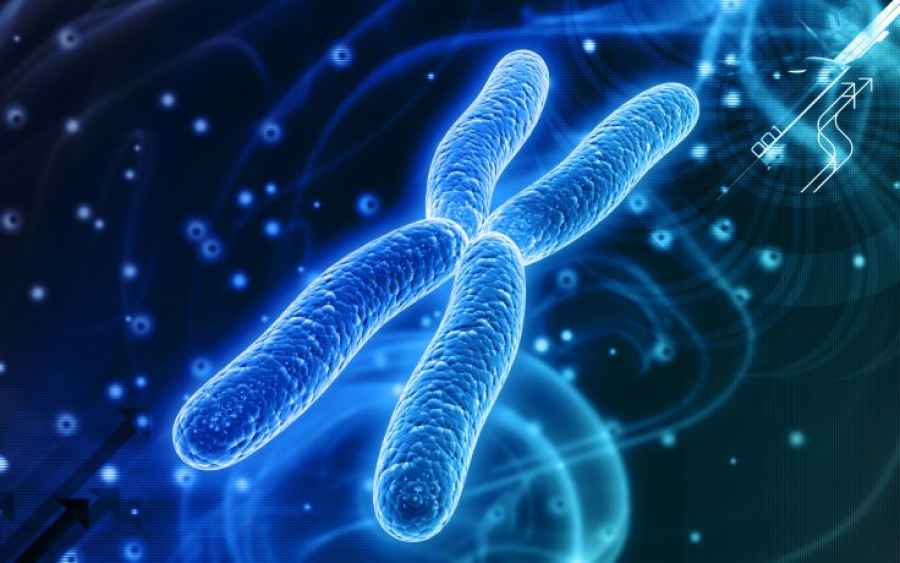 A new procedure can quickly and efficiently increase the length of human telomeres, the protective caps on the ends of chromosomes that are linked to aging and disease, according to scientists at the Stanford University School of Medicine.

Treated cells behave as if they are much younger than untreated cells, multiplying with abandon in the laboratory dish rather than stagnating or dying.

The procedure, which involves the use of a modified type of RNA, will improve the ability of researchers to generate large numbers of cells for study or drug development, the scientists say. Skin cells with telomeres lengthened by the procedure were able to divide up to 40 more times than untreated cells. The research may point to new ways to treat diseases caused by shortened telomeres.

Telomeres are the protective caps on the ends of the strands of DNA called chromosomes, which house our genomes. In young humans, telomeres are about 8,000-10,000 nucleotides long. They shorten with each cell division, however, and when they reach a critical length the cell stops dividing or dies. This internal “clock” makes it difficult to keep most cells growing in a laboratory for more than a few cell doublings.
‘Turning back the internal clock’

“Now we have found a way to lengthen human telomeres by as much as 1,000 nucleotides, turning back the internal clock in these cells by the equivalent of many years of human life,” said Helen Blau, PhD, professor of microbiology and immunology at Stanford and director of the university’s Baxter Laboratory for Stem Cell Biology. “This greatly increases the number of cells available for studies such as drug testing or disease modeling.”

A paper describing the research was published today in the FASEB Journal. Blau, who also holds the Donald E. and Delia B. Baxter Professorship, is the senior author. Postdoctoral scholar John Ramunas, PhD, of Stanford shares lead authorship with Eduard Yakubov, PhD, of the Houston Methodist Research Institute.

The researchers used modified messenger RNA to extend the telomeres. RNA carries instructions from genes in the DNA to the cell’s protein-making factories. The RNA used in this experiment contained the coding sequence for TERT, the active component of a naturally occurring enzyme called telomerase. Telomerase is expressed by stem cells, including those that give rise to sperm and egg cells, to ensure that the telomeres of these cells stay in tip-top shape for the next generation. Most other types of cells, however, express very low levels of telomerase.

The newly developed technique has an important advantage over other potential methods: It’s temporary. The modified RNA is designed to reduce the cell's immune response to the treatment and allow the TERT-encoding message to stick around a bit longer than an unmodified message would. But it dissipates and is gone within about 48 hours. After that time, the newly lengthened telomeres begin to progressively shorten again with each cell division.

The transient effect is somewhat like tapping the gas pedal in one of a fleet of cars coasting slowly to a stop. The car with the extra surge of energy will go farther than its peers, but it will still come to an eventual halt when its forward momentum is spent. On a biological level, this means the treated cells don’t go on to divide indefinitely, which would make them too dangerous to use as a potential therapy in humans because of the risk of cancer.

This new approach paves the way toward preventing or treating diseases of aging.

The researchers found that as few as three applications of the modified RNA over a period of a few days could significantly increase the length of the telomeres in cultured human muscle and skin cells. A 1,000-nucleotide addition represents a more than 10 percent increase in the length of the telomeres. These cells divided many more times in the culture dish than did untreated cells: about 28 more times for the skin cells, and about three more times for the muscle cells.

“We were surprised and pleased that modified TERT mRNA worked, because TERT is highly regulated and must bind to another component of telomerase,” said Ramunas. “Previous attempts to deliver mRNA-encoding TERT caused an immune response against telomerase, which could be deleterious. In contrast, our technique is nonimmunogenic. Existing transient methods of extending telomeres act slowly, whereas our method acts over just a few days to reverse telomere shortening that occurs over more than a decade of normal aging. This suggests that a treatment using our method could be brief and infrequent.”
Potential uses for therapy

“This new approach paves the way toward preventing or treating diseases of aging,” said Blau. “There are also highly debilitating genetic diseases associated with telomere shortening that could benefit from such a potential treatment.”

Blau and her colleagues became interested in telomeres when previous work in her lab showed that the muscle stem cells of boys with Duchenne muscular dystrophy had telomeres that were much shorter than those of boys without the disease. This finding not only has implications for understanding how the cells function — or don’t function — in making new muscle, but it also helps explain the limited ability to grow affected cells in the laboratory for study.

The researchers are now testing their new technique in other types of cells.

“This study is a first step toward the development of telomere extension to improve cell therapies and to possibly treat disorders of accelerated aging in humans,” said John Cooke, MD, PhD. Cooke, a co-author of the study, formerly was a professor of cardiovascular medicine at Stanford. He is now chair of cardiovascular sciences at the Houston Methodist Research Institute.

“We’re working to understand more about the differences among cell types, and how we can overcome those differences to allow this approach to be more universally useful,” said Blau, who also is a member of the Stanford Institute for Stem Cell Biology and Regenerative Medicine.

“One day it may be possible to target muscle stem cells in a patient with Duchenne muscular dystrophy, for example, to extend their telomeres. There are also implications for treating conditions of aging, such as diabetes and heart disease. This has really opened the doors to consider all types of potential uses of this therapy.”

Ramunas, Yakubov, Cooke and Blau are inventors on patents for the use of modified RNA for telomere extension.

Information about Stanford’s Department of Microbiology and Immunology, which also supported the work, is available at [link]

Stemaid™ stem cells have been proven to increase telomere length in patients who receive them. For more information, please contact us.

If you're searching for a stem cell doctor or stem cell clinic, please visit:

Are you a practitioner?
If you are a European practitioner, please feel free to contact us to receive a copy of our wholesale pricing schedule on human embryonic stem-cells.
Tag Cloud
braincancerstrokeagingantiagingcopdliverlungsmusclestelomerealsalzheimersatherosclerosisautismcell typescirrhosiscoronaviruscovid19emphysemaerectile dysfunctionheartimmune systemimpotencemsmultiple sclerosismyelinneuronspulmonary fibrosisstem cell therapystrength